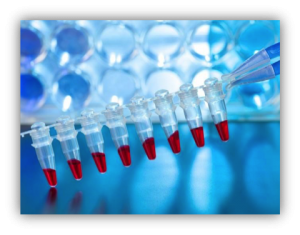 One of the biggest mistakes unmarried parents make is to NOT have a DNA test done. The consequences of signing a Paternity Affidavit are so great that every potential father should hire an attorney or request a DNA test before signing that document.

DNA Testing is only mandatory if the potential parents have requested joint legal custody on an Indiana Paternity Affidavit. In all other cases, the parties need merely sign a Paternity Affidavit stating under penalty of perjury that a particular person is the father.

That Paternity Affidavit, if not rescinded within sixty (60) days of execution, will result in the person who signed it having a decades-long legal and financial obligation for a child that may not be his own. Indeed, even in the face of subsequent DNA proof that such person is not the biological parent, his legal and financial obligations will continue until another person is ordered in a court of law to be legally and financially responsible for the child.

The law seems harsh in this regard, but it is based on the fact that the person who signed the Affidavit had the opportunity to have DNA testing done and chose not to do so. Further, new boyfriends have been known to sign a Paternity Affidavit with full knowledge that the child was not his. Unfortunately, the reason boyfriends lie on paternity affidavits is to keep the child’s real father out of the mother’s life. In other words, that person and the mother have prevented the child from knowing or being supported by his or her biological father. They have committed fraud on the State of Indiana and on an innocent child who deserved better. For the reasons above, it is this attorney’s opinion that DNA testing should be mandatory at the birth of every out-of-wedlock child. 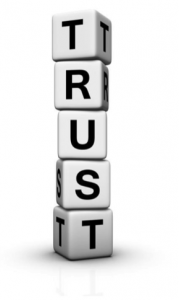 Unfortunately, in the absence of mandatory testing, pregnant mothers and potential fathers who are in relationship with each other are under extreme pressure to NOT seek proof of paternity.

The dilemma for the potential father is that his lady-love will think he doesn’t trust her if he requests a DNA test. Mandatory testing would prevent this quandary. Until then, another way might be for important others (such as parents who are offering advice or financial assistance to the couple) insist that a DNA test be performed. This would take the heat off of the prospective father since he could continue to proclaim his absolute trust of the new mother-to-be while giving in to the wishes of his parents or other benefactors.

The mother, of course, needs no proof that she is the biological mother. She also knows whether anyone OTHER than her knight-in-shining armor could be the father. So her dilemma is that a request for DNA testing on HER part is an admission that she was not faithful during the parties’ relationship! With mandatory DNA testing, this dilemma would be taken out of her hands.

Fathers to be are at great risk of taking on a very long financial obligation that is nearly impossible to reverse. Not to mention the damage that is done to a child who is prevented from knowing his or her biological father. Until DNA testing becomes mandatory, I plead with the parents of soon-to-be fathers (frequently children themselves) to insist upon DNA testing. If you are still supporting your son, you are in a position to make this demand. The cost of an attorney will be nothing compared to the heartbreak you will experience when your grandchild’s mother decides to bring the real dad into the picture.