Home > Blog > Uncategorized > I’m the Custodial Parent – Can my Ex-Spouse Prevent Me from Moving? 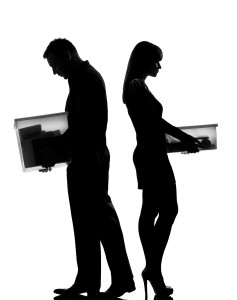 No. You (the “Relocating Party “) are free to move anywhere you want. However, if your ex (or any other individual with court-ordered custody or visitation rights) (the “Non-relocating Party”) objects to the children’s relocation, you will need the Court’s approval to take the children with you.

Pursuant to Indiana Code 31-17-2.2, any Relocating Party who has or is seeking custody or parenting time must give written notice (the “Notice”) of his or her intention to relocate: 1) to the Court with jurisdiction over the children and 2) to the Non-relocating Party. Notice must be sent by Certified Mail and must contain all of the information set forth in the statute. These requirements apply to both custodial and non-custodial parents regardless of whether they are moving across the country or across the street! The required information includes, among other things, the following:

What Happens If The Non-Relocating Party Doesn’t Object

If the Non-relocating Party fails to file an objection within sixty (60) days of receiving the Notice, the Relocating Party may move and the current custody, parenting time and child support orders will remain in place.

What Happens If The Non-Relocating Party Objects?

Initially, the Relocating Party must show that the intended move is being made in good faith and for a good reason. An example of a “good” reason to move a child away from the Non-relocating Party might be a better job opportunity that will significantly increase the child’s standard of living. An example of a “not so good” reason might be a desire to move in with a new significant other. Some courts have even ruled that a desire to move closer to one’s parents is not a good reason for taking a child away from one of HIS parents. If the relocating parent intends to move for a “not so good” reason, then the children will not be permitted to relocate.

After all the evidence is admitted, the Court must weigh the statutory factors normally considered in a change of custody – in addition to the factors associated with the move itself. The Court will then render a decision as to whether the relocation is or is not in the child’s best interests. If the relocation is not in the child’s best interests, the non-relocating party will be awarded custody and the parenting time and child support orders will be appropriately modified.

Should I Reconsider a Move?

Probably – A move across town is not likely to result in an objection. However, while your ex-spouse cannot prevent you from moving, any custodial parent contemplating a long-distance move away from an involved non-custodial parent should think long and hard before making that decision. The risks of losing custody are high in a relocation case, and the cost of litigation is expensive. Worse yet, regardless of the outcome, parents frequently lose the ability to co-parent following a relocation litigation. You should talk to an attorney before you make this decision. You should also talk to the Non-relocating Party to find out if he or she would object to the move. Please note, however, that you must file the Notice even if the non-relocating parent has no objection.

In the long run, the real loser in a litigated relocation case is the child who will be separated for long periods of time from one or the other of the two most important people in his or her life. That fact is the one to reconsider.

Can I Reduce the Likelihood of Litigation If a Move Is Mandatory?

Yes – If you determine that your relocation is absolutely mandatory, there are a number of things you can do that might reduce or eliminate the need for litigation. Here are some examples:

I) Arranging Skype conversations at a set time every day.

II) Creating a parenting time calendar that results in the same number of overnights currently being exercised (such as longer summer or Christmas parenting time, every Spring Break, or long weekend visits for every Monday or Friday Holiday).